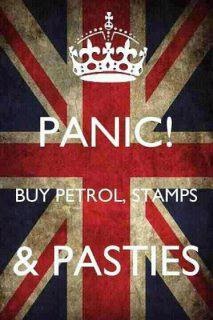 Can you imagine how successful the England football team would be if before every match the England manager was able to pick some of the players who would playing on the opposing team? If England could keep the stronger players from the other side sitting on the bench then it would vastly increase England's chances of winning. Even better if England could get some of its second rate players, who hold dual nationality, into the opposing country's squad, then England could pick players for the opposition who are actively working against their own side. It would be like England have 12 or 13 men on the pitch even though only 11 would be wearing the three lions on their chest.

It could never happen of course.

Unfortunately that is exactly what does happen in the Hartlepool Council Chamber when it comes to deciding which councillors will sit on which committees.

Under the current constitution of Hartlepool Council there are numerous committees and forums and one of the assumptions made within the laws governing the operation of local government is that council committees and decision making will have “political balance”. This is supposed to prevent one party dominating the council even though they may not have an overall majority of the councillors.

Each of these committees and forums will have a number of councillors assigned to it plus a nominated Chairman and Vice Chairman. Take the Planning Committee. That has 16 members and political balance gives seven members to the Labour party, three Tories, two Liberal Democrats and four independents. The Chairman of the committee is almost always Labour and the Vice Chair is usually a Tory. This make up may seem very fair?

However, the numbers of councillors are set by political balance but who the individual councillors are in those seats is decided by the political party leaders. The Labour party therefore chose the Chairman of the committee and six councillors. The decision is made for political reasons and favours for favours, not because of any councillor's knowledge, experience or training. The Tory Party chose the vice chair and two other councillors, likewise the lib-dems chose their own representatives. Which leaves the independent seats. Each individual independent is free to put their name forward as an individual for the committees. If more than one wants the same seat then the decision is made by a vote of the full council. In other words the other political parties decide which independent will sit on the committee.

The make up may seem fair but in actual fact the political parties can block troublesome or outspoken independents from important committees if they wish to do so. Even better for the political parties is if they can get one of their own supporters onto the committee under the cover of being an independent. Labour for example only need one Labour supporting independent onto the committee and they have total control of planning in Hartlepool by using the chairman's casting vote in the event of an 8/8 tie. The committee may seem fair and balanced but its not. Rather like England having 13 men on the pitch even though only 11 are wearing the England Shirt.

If you really want a team that puts Hartlepool first then there is only one way to vote on May 3rd. We are putting Hartlepool first! Will you?
No comments: Links to this post

Nominations are now open for the May 2012 Council elections. Hartlepool is having an “all out” election this time due to reduction in councillor numbers from 47 down to 33, boundary changes reducing the wards from 17 down to 11 and ward re-naming. This means everyone will get three votes and will be electing three councillors to represent them. The candidate with the most votes will serve for a four year term, the second place candidate will get three years and the third placed candidate will serve for two years. There will be no councillor elections in 2013.

When Putting Hartlepool First launched at our public meeting in January we set ourselves a target of having a candidate in each of the 11 wards. This morning (Wednesday 28th March) the Party Leader, Geoff Lilley, and Party Nominating Officer, Stephen Allison, handed in 16 completed nomination packs to the elections office in Hartlepool Civic Centre. This was the first tranche of the nominations and there are more to follow.

The elections office confirmed just after lunchtime that 16 valid nominations had been accepted. Putting Hartlepool First have therefore succeeded in their first aim of having a candidate in every ward for the May Elections and in some wards have even managed to field a full slate of three candidates.

Nominations close at noon on 4th April and then the battle for votes starts in earnest. Anyone interested in helping with the fight to put Hartlepool First would be very welcome to get involved in the campaign. Join us and let's make a difference. Let's put Hartlepool First.
No comments: Links to this post


The Tory leader even reportedly joked that he couldn’t remember the name of the new party! So there is one Hartlepool Councilor who by his own admission can’t even remember a simple phrase such as “Putting Hartlepool First” I do hope Councilor Wells tries to remember it when he is making decisions that affect the people of Hartlepool and the town. Unfortunately of course Labour, Conservative (and Lib-Dem councilors) all have to put their party policies ahead of everything else. Their parties won’t allow them to do anything else! 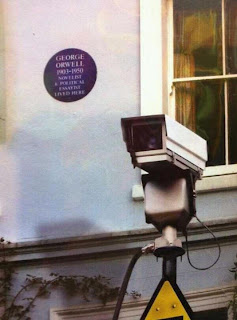 Should this be in the dictionary under "irony" or perhaps "prophecy"
No comments: Links to this post

All in this together?

No reply from the Inland Revenue

As it is now February 1st and HM Revenue and Customs has not acknowledged my R27 form I assume my dad has been fined £100 for not submitting his tax return by the January 31st deadline. Ironic really, dead man fails to meet dead line!
No comments: Links to this post

quote of the day

Anyone is welcome to read this blog but the blog settings require my approval before a comment made by a reader is posted for all to see. Only on rare occasions will I accept anonymous comments and I will never allow anonymous comments that are insulting or attack me personally. If someone wants to have a go at me then I see no reason to give them a platform to do so.

this day in history 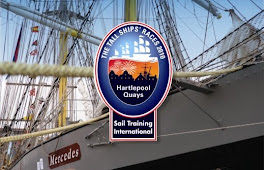